Thredbo Landslide 1997 – Death of the Innocent

On Monday the 28th of July 1997, I Myself (Holly Anderson) and two other journalists, travelled to the heart of the Thredbo Alpine Village, sent off to report on the rise of the village’s popularity. The report covered a week long full of promotional footage, and interviews from ski instructors, park managers and just tourists themselves, on why the Alpine Village is becoming so greatly popular. For this week long period, 2 of my colleagues and I were set to stay with local hot-shot ski instructor Stuart Diver and his wife Sally in the Bimbadeen Staff Ski Lodge

Just minutes before midnight on Wednesday, 30th July 1997, the cold, night air was shattered by the sound of a tragedy Australians will never forget. We all witnessed many ordinary men and women become heroes when four thousand tons of earth shifted below Alpine way and travelled almost 100 vertical metres to the valley floor. It took with it two of Australia’s premier ski lodges, firstly Carinya Ski Lodge and then Bimbadeen Staff Lodge, causing it to collapse and kill the 19 individuals who were sleeping inside. With the injured inaccessible and the steep mountain flooded with mud, leaking gas and concrete slabs, rescue operations were deemed difficult. Luckily my colleagues and I had made it out alive but Stuart and Sally diver weren’t so lucky. The local fire brigades had responded to reports of a ‘small explosion’ in the village and a regional disaster was officially declared. For the next week the eyes of the nation, indeed, sometimes the world, fell on that ugly scar which was ripped into the hillside at Thredbo Alpine Village as rescuers began the painstaking process of searching for survivors buried deep beneath the rubble.

In the days that followed, we all shared the disbelief and the hope of the families and friends of the victims. The first body was then recovered, and so we watched with immense sadness as rescuers removed the bodies of the rest of those who had died in the landslide. A second specialist medical team and geophysicists had arrived from the Royal North Shore Hospital to assist. As time passed it seemed impossible that anybody would have survived the terrible destruction. Our worst fears seemed to be confirmed by rescuers, who reported that thermal imaging cameras and seismic microphones had failed to detect any sign of life.

After three days had passed, on the 2nd of August, rescuers reported the miraculous news that a survivor had been located. In the hours that followed, the nation held its breath as rescuers removed that single survivor, Stuart Diver, from what remained of the crushed Bimbadeen staff lodge. Although suffering from hypothermia, he was not severely injured. Stuart had lain trapped for 65 hours in a small space between two concrete slabs deep below the surface in freezing mud and water. Sally wasn’t so lucky; she had died by drowning as a concrete beam stopped her from getting away from the water that seeped within the rubble.

Cause of the Incident

A coroner’s report was filed on June 29, 2000. It was found this disaster was caused by water from a leaking water main. A contributing factor was Alpine Way road (the road above the ski lodges) being cluelessly built on a vulnerable slope of debris. It was found that due to the time of the incident and the location of where it occurred, things could have been resolved much faster. The time that the incident occurred was late in the evening, with the lack of light making rescue efforts very difficult. Also the inhospitable location of where the incident occurred made it difficult for rescuers to complete their job as some were suffering from hypothermia and dehydration. During the rescue effort approximately 1100 individual pieces of equipment were used on site by NSW firefighters.  On a positive note, Brindabella Ski Club is scheduled to open its new lodge on 5th June 2004.

Impact of the incident

(May I State, that during this event, rescue workers dealt with horrible conditions to save the life’s of many)

Economically, The Thredbo alpine village’s clean image was destroyed and the village struggled for years to rebuild their popularity with tourists. This concluded a significant loss of tourism in the area; which led to an enormous loss in money. Reconstruction of the Alpine Way after the Thredbo landslide cost $24 million. Then there were ongoing costs: insurance premiums for Alpine lodges increased significantly, while the NSW State Government has, to date, spent $40 million in out-of-court settlements with 91 businesses and individuals relating to the disaster

Geographically, The Thredbo Alpine village was impacted severely. There was a great deal of erosion, loss of top soil and loss of thriving vegetation. A positive from this incident though was that people learnt the importance of using vegetation to stabilise cliffs, so more trees were planted and preserved.

Socially, two ski lodges (Bimbadeen and Carinya Lodges) were destroyed, and a total of 19 people died, including Sally Diver. The continuous media coverage tarnished the feel of community in the area, causing the popular reputation of the village to decrease. Also it was found that park managers had warned of the dangers of the Thredbo Alpine Village due to its close proximity to the Alpine Way. The owners were told to not occupy their lodge in the winter and so they were blamed for the loss of life in the landslide. Also The State Government’s National Parks and Wildlife Service was accused of not doing enough to quickly reconstruct the road, located above the village.

Response to this event

The response to this event is truly remarkable. It was a shocking tragedy, and it has touched people on an international level. This incident wasn’t just about the rescued, but also about the heroism of the rescuers. Stuart Diver’s rescue is a testament to the incredible work, under extremely difficult circumstances, of our emergency workers. Battling temperatures as low as minus 11, working in the most inhospitable climate in Australia, testing new rescue technology, and racing against the clock, the men and women who comprised those tireless rescue teams earned the respect and admiration of every Australian. Many of the rescue workers themselves required treatment of minor injuries and the medical team realized they had to be prepared to treat exhaustion and hypothermia among the emergency workers. While covering the incident, an emergency worker said to me “We could have all been wearing the same uniform’, meaning that from whatever organisation they belonged to, they all worked together towards a common goal. The staff and volunteers were all single-minded. They showed teamwork and discipline and that sense of common purpose was conveyed by the media, with professionalism, sensitivity and dignity.

In my eyes I believe, Stuart Diver became the face of this terrible incident, not because of his reputation, but because the community was relying on someone to survive this terrible occurrence, so they could gain a sense of closure. This regional disaster has had a response of bringing our nation closer together to appreciate the quality of emergency services in our country

The television images which filled that week conveyed a sense of drama, but those who visited the site will best understand the size of the scar, the gradient of the slope and the enormity of the tragedy. Stuart Diver has always continued to be the face of this tragedy, and to a large degree the Thredbo disaster will always be synonymous with his name. 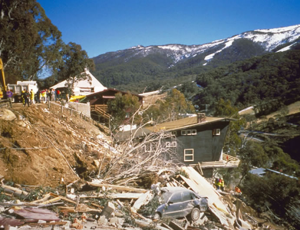 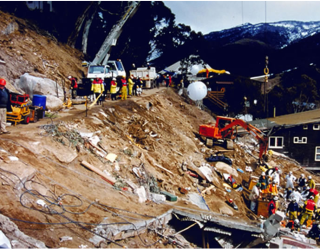 Songs about concerns for the environment and social justice

We Are The World 25 For  Haiti 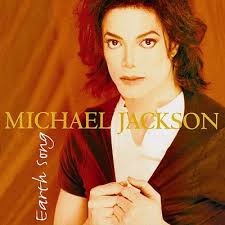 Just can’t sleep tonight Knowing that things ain’t right It’s in the papers, it’s on the TV, it’s everywhere that I go Children are crying, soldiers are dying, some people don’t have a home

Our task is to define in 3 ways what is poverty.  <NO

1. Poverty is the state of one who lacks a certain amount of material possessions or money.

3. Poverty is also describing people in a scoiety that cannot participate in the activities that most people take for granted. This is social injustice

The computer system has one or more inputs to provide data.  This data is then processed in some way.  The outcome of the processing is sent to an output device or it may be stored until some event happens to cause it to be output.  For processing to take place, there needs to be a set of instructions to tell the computer what needs to be done.  This set of instructions is called a program.

Welcome to WordPress.com. After you read this, you should delete and write your own post, with a new title above. Or hit Add New on the left (of the admin dashboard) to start a fresh post.